Have you ever been interested in your gut health?  Curious about the natural flora and fauna that lives on your skin?  What about the “no-poo” movement that seems to be cropping up with respect to hair washing?  If all of these topics have been circulating within your brain, then be happy to know that you are in good company.   You aren’t the first and (as it stands) will not be the last. In the last few years, the topic of the microbiome as it relates to gut health has become a fascinating topic of discussion.  But how does this relate to our skin and how it looks? Well, scientists and researchers have concluded that the effects of gut health may affect our skin. That the very bacteria that we’ve slowly disinfected may be the solution and source to good skin health and physiological health.  So, it was not surprising that microbiome culture and the probiotic revolution has skyrocketed.  The folks at AOBiome who have been at the forefront of the microbiome revolution have created a disrupting beauty company, Mother Dirt.  Mother Dirt’s product pipeline has expanded in the last few years; led by its star performer, a live probiotic spray, the AO+ Mist.  And we are beyond thrilled to perform our science-based review on the Mother Dirt AO+ Mist.

The name, Mother Dirt, is certainly a creative take on the current move toward clean and uninterrupted ecosystem living.  It is the brain-child of MIT engineering founder and Boston-based (yes!) biotech company, AOBiome.  AObiome is a clinical-stage microbiome company focusing on R&D of therapeutics for inflammatory conditions (such as central nervous system disorders and other systemic diseases).   Ammonia oxidizing bacteria (AOB), is incorporated in their proprietary products which harness a single strain of class-defining and auto-regulating bacteria. Hence, the AO in AOBiome and its AO+ Mist!  As the name suggests, Mother Dirt is a cosmetic brand focusing on skincare and beauty products that incorporate the synergistic of naturally occurring bacteria!

The microbiome discussion is an extensive one with both camps presenting equally intriguing arguments.  But the basic premise behind why this topic has become popular is the increased search from consumers in understanding how bacteria may provide the answer to all our dermal sensitivities, allergies, and every-increasing physiological disorders.

We’ve talked about the stratum corneum (SC, upper skin layer) and that it consists of corneocytes (tightly-organized set of bricks) separated by intercellular lamellar lipid (fats).  Maintenance of the SC is imperative as it relates to photoprotection, aging, and overall physiological ecosystem balance. Threats or disruption to the SC can often cause a rippling effect which can often lead to disorders, sensitivities, and activated immune responses.

Most importantly, threats to the SC can often lend itself to inflammatory responses such as:

Acne breakouts and scarring which can include PIE/PIH

One thing to note:  Research evaluating the effects of the skin treated with bacteria is still in its infancy as compared to gut microbiome research.  We can all agree that as time goes on, more studies will reveal defining conclusions with respect to the synergy of bacteria use and the beauty industry.

Based on the patent, the AO+ Mist consists of:

Alright then, let’s look at the ingredients!

There’s really no need to go into great detail about this very basic component. Oddly enough, applying massive amounts of water onto the skin surface doesn’t actually hydrate – contrary to popular belief. It is that magical balance when hydrating components seeps under the skin’s surface is when we start to see benefits.

The other important thing to note is – when a product’s main component tends to be water – there can be issues of bacterial contamination or growth. Unless there is some ingredient that may counter this within the formulation stability – such as a chelating agent.

And voila!  This formulation does, in fact, have a chelating agent: disodium phosphate.

However, since the AO+ Mist is rooted in the existence of bacteria as it relates to the skin, the use of chelating agents is not necessarily a priority but appreciated!

Bottom line: Water is neither here nor there.  But if this mask is mainly JUST water with a tiny bit of ACTUAL ingredient – well then are we truly getting the most bang for our buck?

Nitrosomonas eutropha D23 or B244

Nitrosomonas eutropha is a nonpathogenic, gram-negative bacillus (bacteria) that metabolizes ammonia as its energy source.  The folks at AOBiome have isolated this bacteria from organic soil samples.  It has been touted most recently to have multiple health benefits in its ammonia-oxidizing bacteria (AOB) capacity.  It utilizes ammonia from sweat to generate nitrite (NO2¯) and nitric oxide (NO).

Nitrite and nitric oxide are associated with beneficial physiological effects, such as having anti‐inflammatory capacities and for improved wound healing.  In fact, a few studies evaluating Nitrosomonas eutropha were conducted by AOBiome:

But most recently, a 2019 study assessed whether there was an improvement in facial wrinkles with the use of Nitrosomonas eutropha as a topical probiotic.  A total of twenty‐nine (29) participants were evaluated at baseline and after using Nitrosomonas eutropha topically for seven (7) days.  The results indicated the following:

The 2019 study ultimately concluded that Nitrosomonas eutropha may have aesthetic benefits in terms of reducing the appearance of wrinkles.

Although these studies show promising results, the truth of the matter is that topical use of Nitrosomonas eutropha for cosmetic benefits on the skin is relatively new.  There is still much work to be done to evaluate the use of bacteria and how it affects the skin over time.

Bottom line: Nitrosomonas eutropha is a nonpathogenic, gram-negative bacteria that metabolize ammonia as its energy source.  Utilizes ammonia from sweat to generate nitrite and nitric oxide. Some studies showed a reduction in the appearance of wrinkles and improvement in pigmentation.

This specific chelating agent is biodegradable and is selective towards problematic transition metals such as copper and iron compared to calcium and magnesium.

Overall, not much relevant scientific information was found other than vendor-specific products.  However, the CIR panel has assessed disodium phosphate as safe.  It also may be safe to say that the use of disodium phosphate coupled with magnesium chloride in water is to create a proper aqueous buffer solution for Nitrosomonas eutropha.

Magnesium chloride is a magnesium salt comprising of two chlorine atoms bound to a magnesium atom.  Magnesium is an element essential for life and is found in all organisms. Therefore, the benefits of magnesium supplementation have been extensively studied and deficiencies in magnesium have been correlated to cardiovascular diseases and diabetes.

Well, magnesium salts are prevalent minerals in Dead Sea water, which have been known to exhibit favorable effects in inflammatory diseases.  In fact, a 2005 study examined the efficacy of bathing subjects with atopic dry skin in salt rich in magnesium chloride from deep layers of the Dead Sea.  Overall the study found that the Dead Sea salt solution significantly improved the following as compared to a tap water-treated control:

Ok, the claims as detailed on the Mother Dirt’s AO+ Mist website and general product information:

“Clinically researched to restore clarity & balance to your skin in 4 weeks.

This spray restores Ammonia-Oxidizing Bacteria (AOB), a peacekeeper that once existed on our skin but was cleaned away with modern hygiene and lifestyles.

Good for all skin types, unpreserved, good for all ages, restores balance to skin, clinically-tested, no added fragrance, dermatologist-reviewed, vegetable-derived.”

Ok, let’s parse this baby to its bare bones based on its ingredients:

According to Mother Dirt, the AO+ Mist was formulated and may be applied per the following:

THE GOOD & THE BAD

This was a straightforward product with only four (4) ingredients, with the main workhorse being a bacteria strain, Nitrosomonas eutropha.  Overall, the use of these ingredients does match general claims.

Yet, I do have one gripe regarding the 4-week clinical claims touted on the product description – and that is for the folks at Mother Dirt to provide links or the published data linking to percent (%) improvements; especially those that are directly applicable to the claims associated with the AO+ Mist.

But in order to provide complete transparency; the implications for product stewardship, corporate responsibility, and the development of public trust are often rooted in proper claim substantiation.  These are the things that interest me.

DO I NEED THIS?

Overall, there are two camps of thought:  to clean or not to clean! Do we wash away all the dirt and grime that presents itself atop our skin?  Do minimize washing or stop washing altogether to allow certain bacteria to flourish? Or do we balance the two styles of thought and create a regimen that speaks to our own personalized treatment?  Whichever camp you reside, it’s certainly a fascinating discussion that is happening within science, health, and beauty.

Personally, I’m always on the hunt for new schools of beauty thought and am not averse to the idea of spraying bacteria on my skin.  It’s not maddening to me. It’s intriguing! In fact, this is not very different from eating yogurt or blue cheese and drinking kombucha.  Not a far off concept at all!

In the end, the only thing to determine is whether the price point suits you.  There are certainly other probiotic, fermented, bacteria driven beauty products out there

So, the choice is always yours!

At present, there are no dupes that include a similar bacteria strain to the Mother Dirt AO+ Mist.

However, the following products utilize pre- and probiotic ingredients in its formulation:

ARE THE CLAIMS BACKED BY SCIENCE?

This product is simple.  Formulated with 4 un-complicated ingredients.  Its claims are rooted by its star ingredient, Nitrosomonas eutropha; and formulated with water, disodium phosphate (chelating agent), and magnesium chloride (natural salts).   Simple and to the point. Right?!

Yes and no…
Let me explain….

First, its 4-week clinical claims are stated as follows:

Next, the good folks at Mother Dirt have done an amazing job at discussing the improvements after using the AO+ Mist.  However, I would go a step further and prefer that they would actually link (or provide) each specific clinical trial (plus results) as it relates to individual improvements.

Fortunately, we were able to find the following AOBiome patent and clinical trials that were publicly available:

Unfortunately, we were unable to connect each individual clinical claim to a specific clinical trial!

Outside of that one mini gripe, there wasn’t anything negative to discuss.  Either way, we are always here to provide as much insight and scientific information relative to the product.

In the end, you should always educate yourself.  And always question the use of ingredients, the ethos of a brand, and how claims may be substantiated.

Until my next review! 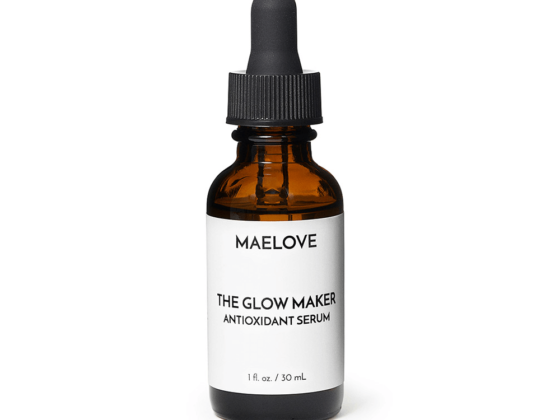 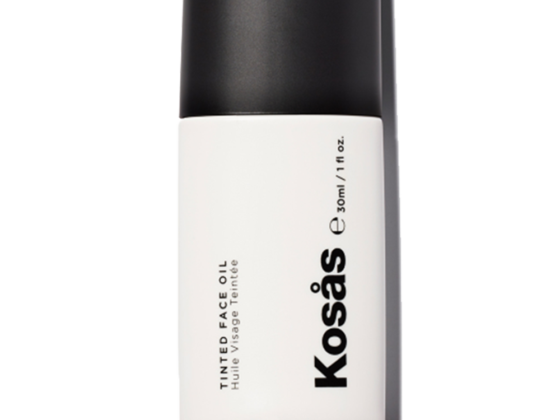